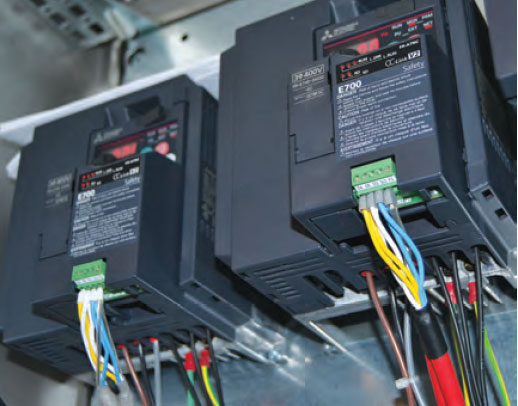 The various pumps, compressors and fans in the brewing system were fitted with either Mitsubishi Electric’s FR-E700 compact variable speed drives, or where appropriate the FR-F800 model.

Mitsubishi Electric’s control system has helped increase Sadler’s Ales’ production by 300%. When Sadler’s Ales, a historic Black Country brewery, started to grow its business, it decided to adopt an automated process control solution from Mitsubishi Electric to improve productivity and make the quality of its craft beers more consistent. The control system immediately proved to be intuitive for Sadler’s brewers and resulted in clear productivity gains.

Sadler’s Ales, located near Stourbridge in the Black Country, has been crafting beers since 1900 and is currently run by Chris Sadler, a fifth-generation brewer. Popular brews in the company’s unique beer portfolio take reference from local subjects such as the Peaky Blinder range, which has proved an instant success nationwide.

The growing demand for Sadler’s beers led to the extension of the brewhouse, which contains all the equipment needed for the brewing process. This includes a mill to crush barley grains, a hot water tank, a mash tun to obtain wort and separate it from the mash, a copper to boil the wort while adding ingredients such as hops, a heat exchanger to rapidly cool the liquid, as well as several fermentation tanks and filter systems.