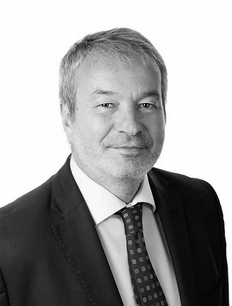 Chris Else, Managing Partner at Else Solicitors LLP has accepted a role as Trustee for the National Brewery Heritage Trust.

The National Brewery Heritage Trust is a charity dedicated to protecting and preserving Britain’s brewing heritage. Although it has a national remit, the Trust is based in Burton-on-Trent once widely considered the brewing capital of the world.

Being a true ‘Burtonian’ and an avid beer enthusiast, it seems only right that Chris joins an army of like-minded Heritage Trust Members as a Trustee. The Trust’s overarching objective is to protect, preserve and make accessible to the public the archives and artefacts held by the National Brewery Centre. Chris has already got some ideas about how he can support the Trust in achieving this, he comments;
“The artefacts collected, restored and cared for by the trust are not only important is preserving the heritage of our brewery town but also in educating the general public. This creates a great opportunity for local businesses to support the Trust and learn about our town’s rich history and past.”

Two other new trustees have also been appointed. The first chairman of the All Party Parliamentary Beer Group, Sir Alan Meale, a former Labour politician who was MP for Mansfield from 1987 to 2017 and Burtonian Wendy Toon, who has been a volunteer supporter of the Trust for the past six months, following her retirement from Queen’s Hospital, Burton after 34 years.

More information about the National Brewery Heritage Trust can be found at www.nationalbreweryheritagetrust.co.uk