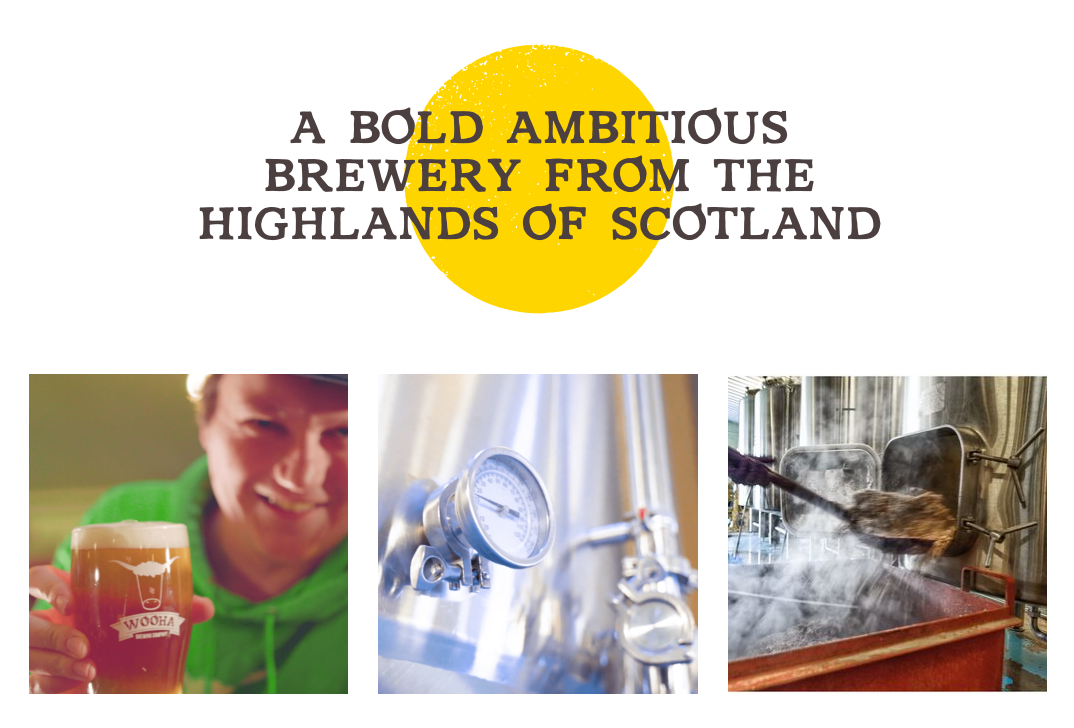 A rapidly expanding Scottish craft brewery has announced a full rebrand with the introduction of five new additions to its core range of bottled beers.

As part of an overall £1.5m investment plan, a successful crowdfunding campaign that took place in January saw WooHa Brewing Company raise over £600,000 over just 19 days, enabling the craft brewery to execute a rebrand across its entire product range.

The rebrand marks the start of WooHa’s plans to expand its current production by 17 times over the next three years, growing in-house production capacity from 5,000 hectolitres to 88,000 by June 2023.

WooHa, based in Kinloss in Moray, was set-up in 2015 and started exporting to the US in the same year. Its international portfolio now comprises countries across Europe and south east Asia, including the vast and rapidly growing market of China.

Recognising the need to tailor the brand to its new and growing international markets, the new look has moved away from WooHa’s widely recognised cartoon cow imagery, while still paying homage to its Scottish provenance. The rebrand has been delivered by Glasgow design agency Cause and Effect and Muckle Media has been appointed to deliver consumer and trade PR.
WooHa has also secured a listing with fine food distributor Cress Co which will further enhance its reach into the trade sector.
Heather McDonald, WooHa founder and chief executive, said: “Our bold new look brings a completely fresh perspective to the brand. It represents the brewery’s fun and energetic persona and our ambitious plans for expansion.

“Our main concerns with creating a new look were to streamline the brand and boost sales by creating a more vibrant, eye-catching label to reflect the friendliness of our brewery and appeal to our international markets. Our latest listing with Cress Co will enhance our domestic trade audience.

“We are living in a time where the little things are becoming more important than ever before, which is why we believe the new additions including Hello Friday will appeal to investors, as well as new and existing customers.

“This is one of the first steps on our journey of continued growth. Our vision remains strongly focused on the expansion of WooHa and we are continuing to work on bringing high quality craft beers to our customers across the globe.”